Startseite » You Probably Didn’t Know About These 20 Facts From Jurassic Park! 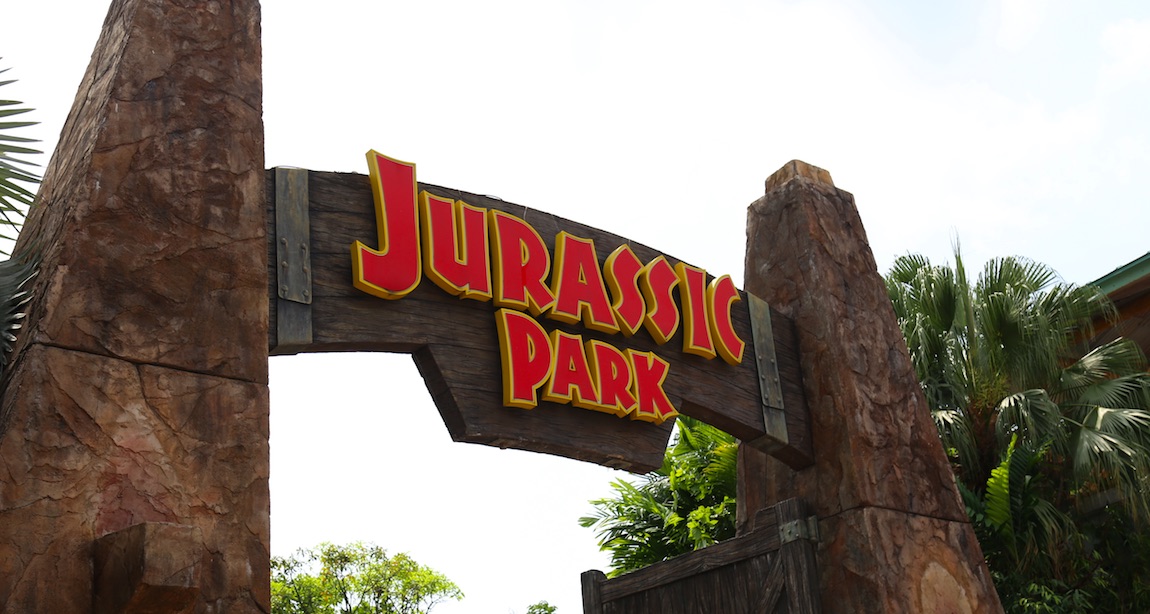 You Probably Didn’t Know About These 20 Facts From Jurassic Park!

Do you remember the hype surrounding Jurassic Park, back in 1993? Looking back almost 30 years, you can say without a doubt: Yes, the film was worth the premature praise! The action blockbuster is considered a classic in cinematic entertainment- and it still resounds today. Anyone who has kids who are crazy about dinosaurs can confirm that…

But even if you’ve seen the film countless times since then, you will probably have forgotten certain details- and you may have never heard about certain facts behind the film. We wanted to reveal a few today: Here are 20 hidden details, which you probably never noticed in Jurassic Park!

#1 In The Lost World: Jurassic Park there’s a reference to Godzilla

One of the Japanese tourists running away from a T.Rex that’s broken loose (a clear reference to Godzilla) says (in Japanese): „This is exactly why I left Japan!“

#2 The T.Rex sometimes malfunctioned when it rained

Producer Kathleen Kennedy recalls: „The T.Rex went into the heebie-jeebies sometimes. Scared the crap out of us. We’d be like, eating lunch, and all of a sudden a T.Rex would come alive. Then we realized it was the rain. You’d hear people start screaming.“

#3 There are references to The Goonies too

At the end of Jurassic Park, when the remaining crew is about to get into the helicopter, the park logo is covered with so much mud that it reads „Ur Ass Park“.

When the T.Rex breaks the glass roof of the car in the first part of the franchise, the glass wasn’t really supposed to break – no wonder the kids start screaming!

The first frame from the excavation scene is taken from real footage of an excursion that Jack Horner went on in 2001.

#7 Ariana Richards got the role thanks to her scream

While auditioning for the role of Lex, the girls‘ screams were recorded. Richards‘ scream was the only one that was loud enough to wake up Spielberg’s wife – she came down the stairs to check whether the kids were all right.

The Bernstein insect, from which the dinosaur DNA was supposedly extracted in the first part, was an elephant mosquito – the only kind of mosquito that doesn’t suck blood!

Each actor was given a raptor signed by Spielberg at the end of filming.

The T.Rex in Jurassic World is the same one that was used in Jurassic Park – you can recognize it by the scars on its skin, for example.

In the third part of the franchise Mr. Kirby pees upstream – further downstream, Billy drinks from the river…

For the sounds made by the T.Rex, recorded sounds of dogs, penguins, tigers, alligators and elephants were mixed together.

#13 Reality caught up with the film

Steven Spielberg wanted the Velociraptors to be three meters tall, even though they weren’t in reality. During filming however, a new type of raptor was discovered, which did actually reach this height – namely the Utahraptor.

#14 The Spinosaurus in the third part broke records

The Spinosaurus in Jurassic Park III was the biggest mechanical model ever to be built. It weighed 12 tons and had a 1000 HP engine.

The scientists in the first part were not capable, despite their brilliance, of spelling the words „Stegosaurus“ and „Tyrannosaurus“ correctly in English.

#16 The Triceratops‘ illness was not really explained in the film…

…but Crichton’s book, on which the film is based, gave us a hint: The one in the film accidentally ate West Indian Lilac berries and poisoned itself.

#17 There’s a reference to Jaws

When Dennis Nedry is arguing with Hammond in the control room, you see some scenes from Jaws on his monitor in a little window – a reference to the cinematic classic that skyrocketed Steven Spielberg’s career.

#18 The dinosaurs became part of our collective memory

Our image of certain dinosaurs was strongly influenced by Jurassic Park. But the Dilophosaurus, for example, had neither horns nor that double crest in reality…

#19 Underpaid to the downfall

Hammond repeatedly says that he „spared no expense“ in the construction of the park. Dennis Nedry, one of his most important employees in the control room, is terribly underpaid, however – and it’s no coincidence that he is responsible for the InGen incident, which heralds the park’s downfall.

#20 The reference with the belt

In one scene, Dr. Grant has to buckle up using a belt with two metal buckles -without the tongue-. He manages to, somehow. It’s a subtle reference to the dinosaurs, which, being all female, shouldn’t have been able to reproduce- and yet do…

Which of these facts and details had you already heard of? Tell us in the comments section on FB!