Startseite » 10 Little-Known Facts About Back To The Future II! 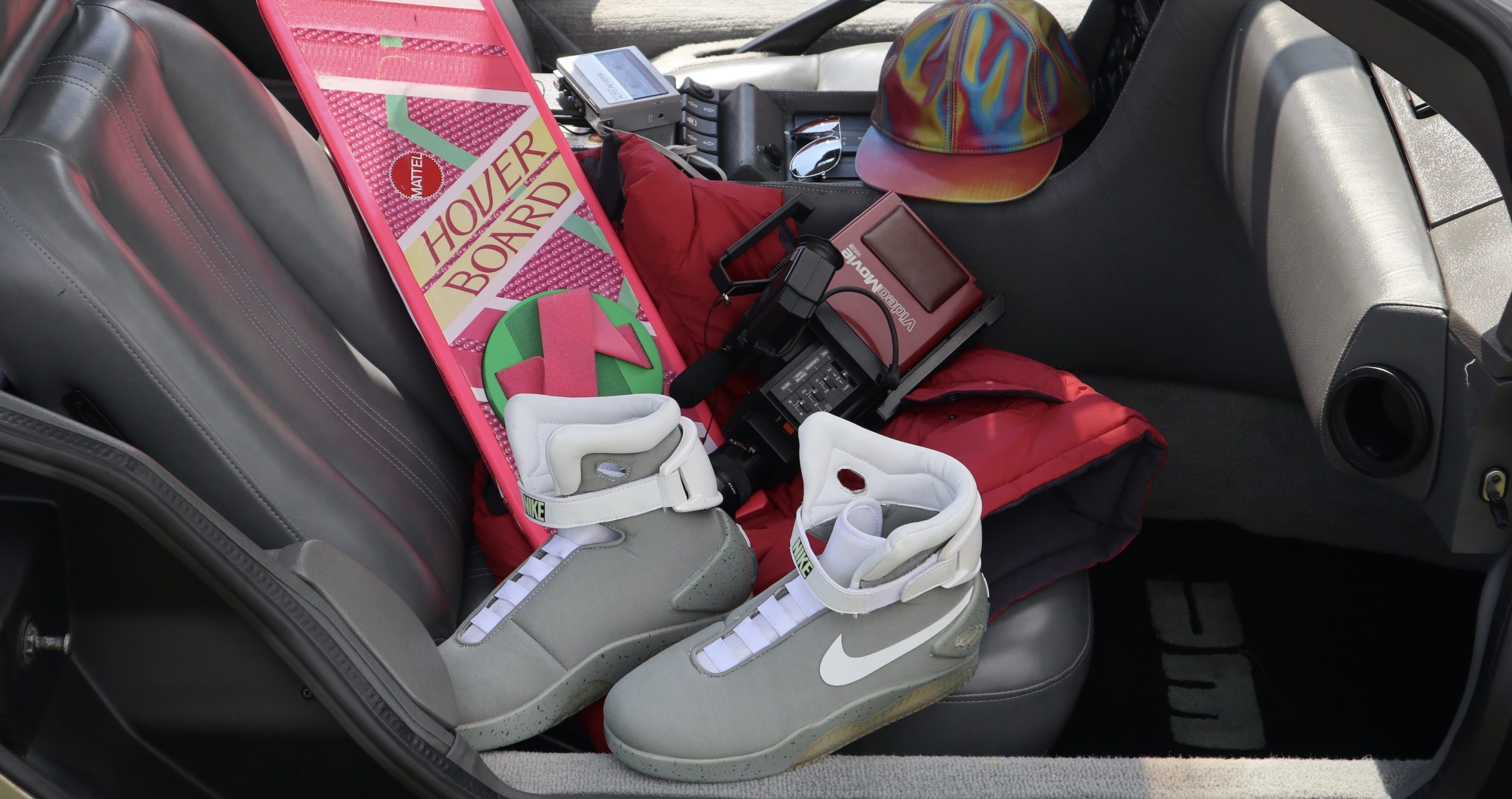 10 Little-Known Facts About Back To The Future II!

The majority of blockbusters doesn’t really need a sequel. But then, there are also movies which are essentially part of a series. Back To The Future II is foundational for its film franchise as a whole and for telling the epic story of Marty McFly and Doc Brown. And it’s simply a great movie, just as good as its predecessor!

Here are 10 fun facts about Back To The Future II you certainly didn’t know yet!

#1 Originally the film was supposed to take place in 1967

The story reads like this: Marty travels back to the year 1967 and gets arrested for not owning a Vietnam War draft card. His parents are hippies protesting against the war. But director Robert Zemeckis felt that the concept of yet another journey back to the past would haven been too similar to the first movie – instead, he thought that time traveling to the future would be more exciting.

Marty shows Wood’s character how to play classic arcade games. The future Hollywood star was only 8 years old at that time.

Back To The Future II is set in the ancient year of 2015 – the screenwriters were right regarding the future use of drones, flatscreen TVs, video chats, wearables and tablet computers.

Obviously the DeLorean itself is a classic in its own right. But apart from that, the film features easter eggs like the StarCar from The Last Starfighter (1984) and a police vehicle from Ridley Scott’s Blade Runner.

You can read the name „Max Spielberg“ on the display. However, the real Max didn’t become a director but a graphic designer who worked on games like Assassin’s Creed: Unity and Battlefield 1.

There are a lot of brands featured in the movie, as for example Mattel, Nike and Pepsi. Pizza Hut got a special treatment and had a consultant on set to guarantee that the brand was represented properly. They even demanded a food stylist for the re-hydrated Pizza.

The opening sequence shows the DeLorean flying through a cloudy sky. The footage had originally been filmed for a different project: It already appeared in Firefox with Clint Eastwood, a spy thriller from 1982.

#8 Part I and II were filmed back-to-back

Actually, there shouldn’t have been a sequel to Back To The Future. But then the film grossed nearly $400 million with a $19 million budget. Because of this success, the studio quickly decided to produce two sequels at the same time – within a time frame of only 11 months!

There are riding cowboys and trains on Doc Brown’s shirt – since part II and III were filmed back-to-back, it was easy to place such easter eggs.

#10 Marty’s sister was meant to be a prostitute

The original script idea was to see how the McFly family suffers from Biff’s rise to success. Marty’s brother Dave is an alcoholic and his sister Linda has become a sex worker. But plans changed when actress Wendie Jo Sperber became pregnant ahead of the shooting…